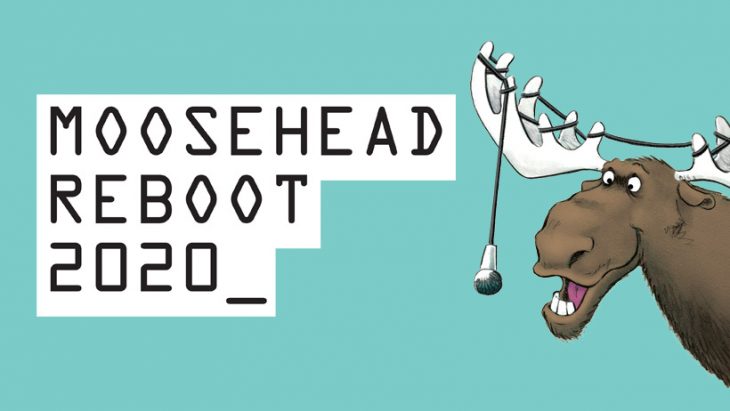 After much, much deliberation – the 2020 Moosehead Award recipients have been announced!

The Moosehead is an organisation that gives financial support Australian comedians putting on new shows in the 2020 Melbourne Comedy Festival. The Moosehead has a really long history of supporting comedians in the Melbourne Comedy Festival. They have helped fund innovative and bonkers ideas for actual decades. They love live comedy and the comedians that make it and want to help support them to do the best possible show they can.

Having been inundated with applications (the most ever), the four recipients of the 2020 Moosehead Awards are Greg Larsen, Kit Richards, Oliver Coleman and Michelle Brasier.

For more information on the winners, and their plans for the 2020 Festival:

Greg Larsen
Following the success of Greg’s 2019 Festival show Useful Idiot he has written a one man play, set in an apartment and will tell the story of an unemployed man trying to sort out his Centrelink application.

“The Moosehead is helping me fulfil my life goal of making yucky disgusting comedy that no one else would ever dream of funding. Thanks Moosehead!” – Greg Larsen

Kit Richards
From the woman that brought you Wool – A History of Australia’s Wool Industry – The Musical comes Scandal! A Reflection on Essendon’s Doping Saga: The Musical?

“My show showcases the experience of being a die-hard Essendon supporter during their darkest time; the 2011-2013 drug scandal. Being awarded the Moosehead grant will allow me to work with a mentor to bring my ambitious concept to the next level and to hopefully stop me from getting sued.” – Kit Richards

Oliver Coleman
After being nominated for Best Newcomer at the 2019 Melbourne Comedy Festival, Oliver is following up his hit show Poolside with… The Prawning.

“Thanks so much Moosehead! I’m so grateful to receive this award. I can now enlist some absolute legends to help me create the show. It will make bringing my ridiculous horror comedy nightmare to the stage heaps dreamier.” – Oliver Coleman

Michelle Brasier
In 2020 one half of Double Denim and that girl from Aunty Donna, Michelle Brasier, is standing on her own two feet and telling the story of the Average Bear.

“This is such an honour. I’m excited to make this show and I’m absolutely chuffed to have the support of the Moosehead behind me.” – Michelle Brasier

Congratulations to these four wonderful comedians – we can’t wait to see your shows at the 2020 Melbourne Comedy Festival. For more information on The Moosehead, head to their website.