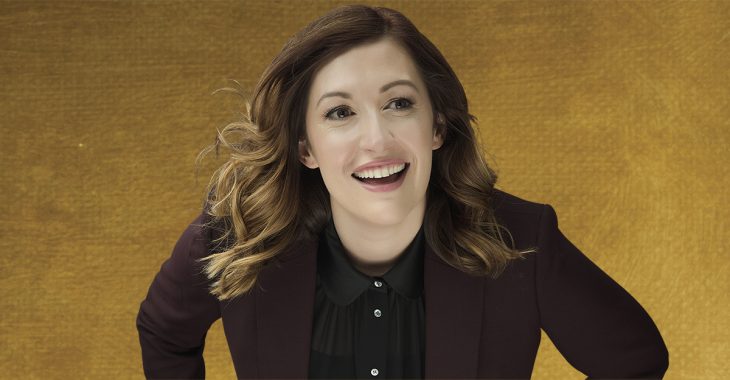 Celia Pacquola has beaten out a star-studded field to win the 2018 Helpmann Award for Best Comedy Performer for her smash-hit stand up show All Talk.

Having racked up a number of adoring 5-star reviews and been nominated for this year’s Barry Award for Best Show at the 2018 Melbourne International Comedy Festival, Celia Pacquola’s place as one of Australia’s favourite stand-up comedians was firmly cemented as she picked up another accolade for the show that was on everyone’s must-see list.

The annual Helpmann Awards recognise distinguished artistic achievement and excellence in the many disciplines of Australia’s vibrant live performance sectors. The awards were established in 2001 to honour Sir Robert Helpmann as well as recognise, celebrate and promote the local live performance industry.

Next up, Celia will perform All Talk at the Sydney Opera House from Friday 10 – Sunday 19 August, before taking the show to Perth’s Heath Ledger Theatre on Saturday 25 August. All details and ticketing information is available here.