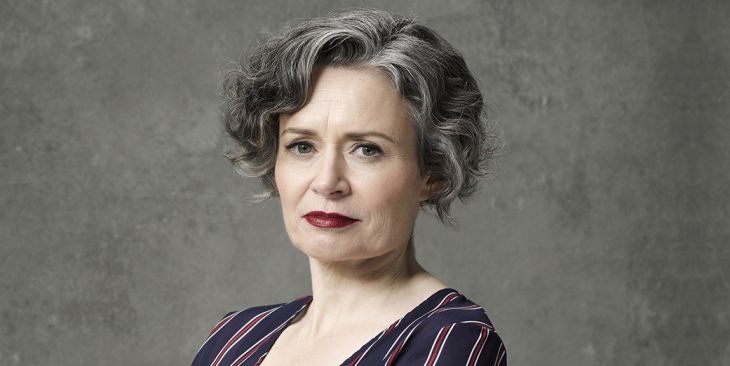 After selling out shows at Sydney Opera House and Adelaide Fringe Festival, Judith Lucy is set to join the team of The Weekly with Charlie Pickering when it returns to ABC on March 20.

The Weekly with Charlie Pickering is a news comedy show, tonight show and chat show all in one.

Judith will join the ruthless Tom Gleeson and hilarious Adam Briggs as one of Charlie’s correspondents, after Kitty Flanagan handed her the baton.

“Kitty Flanagan and I both have curly hair so I don’t think that they’ve noticed that I’m a different person”, said Judith. “Fingers crossed that continues, I really need the money”.

Judith Lucy is a household name who has made Australians laugh for the better part of 30 years, carving a reputation as one of the most rivetingly honest and hilarious comedians this country has ever produced.

If a dose of Judith through the small screen isn’t enough, catch her live solo show currently touring across the country. Judith Lucy Vs Men recounts her full history with the opposite sex, leaving it up to the audience to determine whether she should ever date again! Should Judith hang up her vagina for good? Australia, the decisions is yours!

“Great comedians have time for a sip of water after delivering a ripper punchline. There were times when Lucy could have gone to the bar for a glass of red and we’d still be laughing when she got back.” The Age

Don’t miss Judith Lucy on The Weekly With Charlie Pickering 8:30pm Wednesday 20 March on ABC and get tickets to see Judith Lucy Vs Men here.