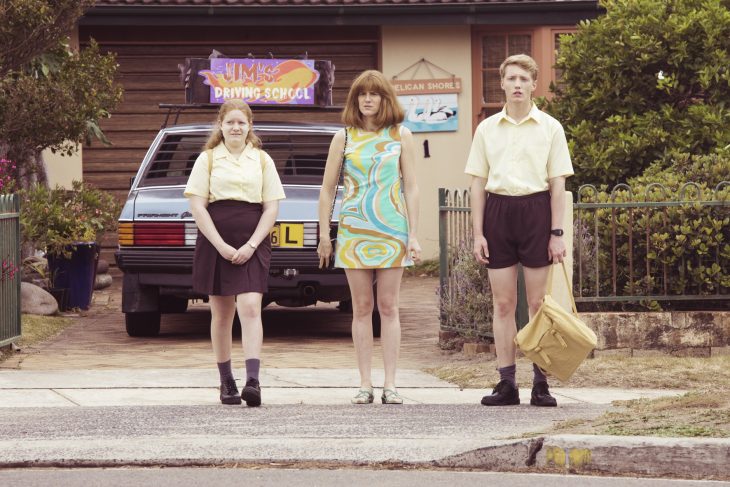 The premiere date for Sarah Kendall’s new television show Frayed has been announced.

The bittersweet comedy/drama written by and starring by the internationally-acclaimed, award-winning Australian comedian is a co-commission between ABC and Sky (UK). The 6 x 45’ comedy is the first scripted collaboration between the two broadcasters, and was filmed in Newcastle, Sydney, and London.

In 1988, Simone Burbeck’s (Kendall) life appears perfect. She lives in a mansion in London with her perfect husband and children (Frazer Hadfield and Maggie Ireland-Jones), and her life is a merry-go-round of expensive renovations, dinner parties and school fundraisers. There’s just one problem: it’s all lies. When her husband has a fatal heart attack in a disastrous session with a sex worker, the true state of their finances is revealed. Simone is broke, homeless and a social outcast. With no other options, and two children to care for, she is forced to return to her family home in Newcastle, Australia. It turns out Simone’s past isn’t quite the story she told everyone in London. Nothing about Simone is what it appears to be.

Frayed will premiere in Australia on Wednesday 16 October at 9.10pm on ABC and iview.