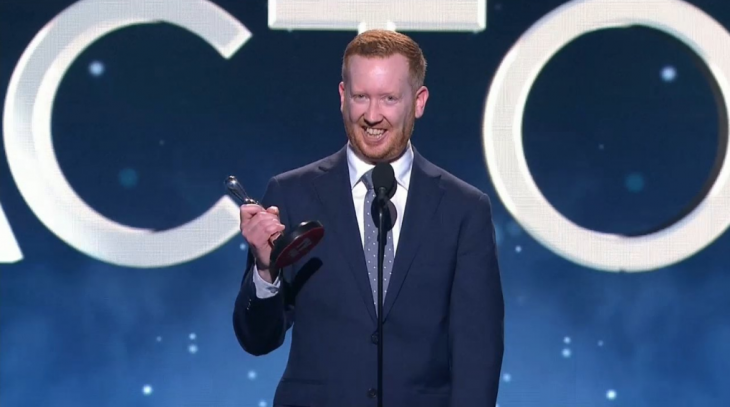 Tom Gleeson and Luke McGregor win big at the Logies

Tom Gleeson and Luke McGregor have flown the comedy flag at the Logies this year, both taking home big awards.

Gleeson was able to bring home the ABC their first Gold Logie in 40 years, winning the award for Most Popular Personality for his work as host of Hard Quiz and star of The Weekly.

In his acceptance speech, Gleeson, the sole comedian nominated for the top gong, noted: “I would like to take this as a win for comedy.”

Next up, Gleeson takes his smash-hit new live show Joy to the Sydney Opera House, Canberra Theatre Centre, Darwin Festival, Townsville and Rockhampton. You can view all details here.

Furthermore, Luke McGregor took home the award for Best Actor for his role as Daniel in the ABC’s smash-hit comedy Rosehaven.